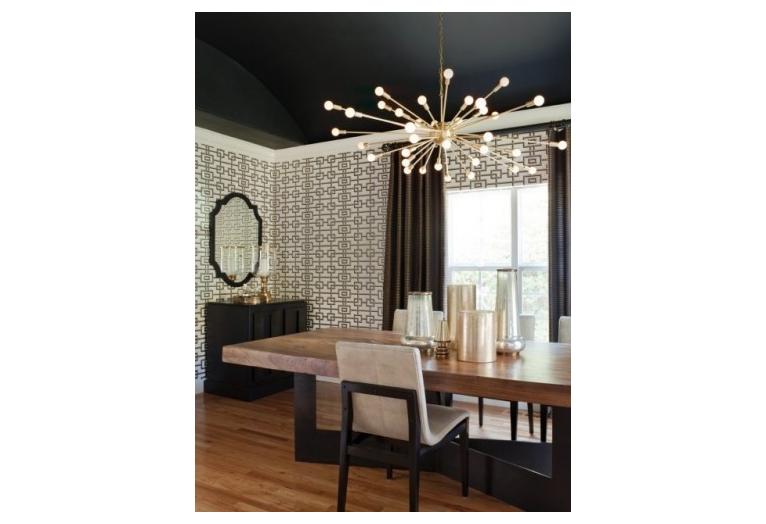 Who says color is just for walls? (image via) We aren't talking about going all Michelangelo now, but ceilings are often overlooked when it comes to color choice. Painting them can add so much personality and warmth to your room. Take a look at these inspiring ceilings... (image via) Below: the blue painted ceiling visually divides the space between the kitchen and the living room while still allowing for an open concept layout. Love that idea! (image via) Above the bright turquoise adds much needed color to an otherwise monochromatic modern kitchen. Below the darker ceiling mimics the wooden floors creating a much warmer and inviting space. (image via) Painting the walls and ceiling the same color is a great way to make a space feel more open. The tone on tone color creates a seamless transition for the eye. Pale colors are known for expanding the visual height of a room. (image via) While dark colors work well on high ceilings to create a more cozy and intimate setting. (image via) What are your thoughts on painted ceilings? Love em/hate em/or on the fence?