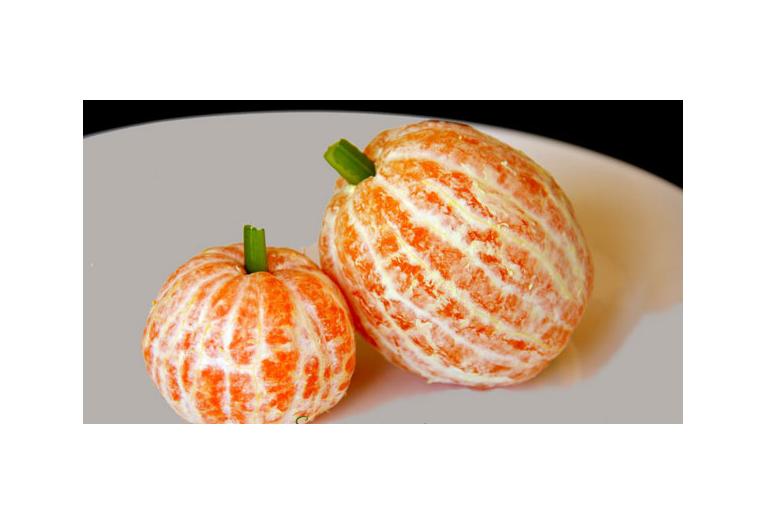 Who knew Halloween foods could be so versatile? Check out these SUPER easy ideas to get you in the Halloween spirit! Peel an orange, stick some celery in it. TADAAA! Now why didn't I think of that? image via Pumpkins aren't just for carving ladies and gents...keep beverages cool in a hollowed out pumpkin! Image via Getting your kids to eat their vegetables won't be a problem with Mr. veggie skeleton. Have fun constructing him and then making him disappear! Customize a box of "pumpkin seeds" for your Halloween party favor! Left image via, Right image via